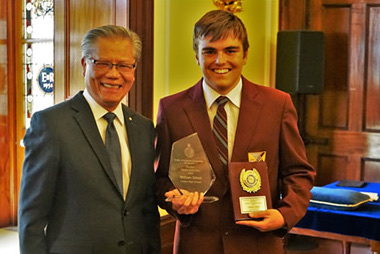 William Gillett from Loxton High School has received the 2019 Student Citizen of the Year award at the Student Citizenship Awards in South Australia. The award was presented as part of the SA Branch of the Order of Australia Association program.

William was recognised for his contributions toward the environment and his peer’s welfare. His involvement in the Youth Environmental Council, the River Murray Youth Council and roles as President of the SRC and Deputy Head Prefect at Loxton High School were cited as some of the key positions in which William displayed these qualities.

These awards are designed to, “recognise those young people who contribute broadly to school and/or general communities” as described by The Order of Australia.