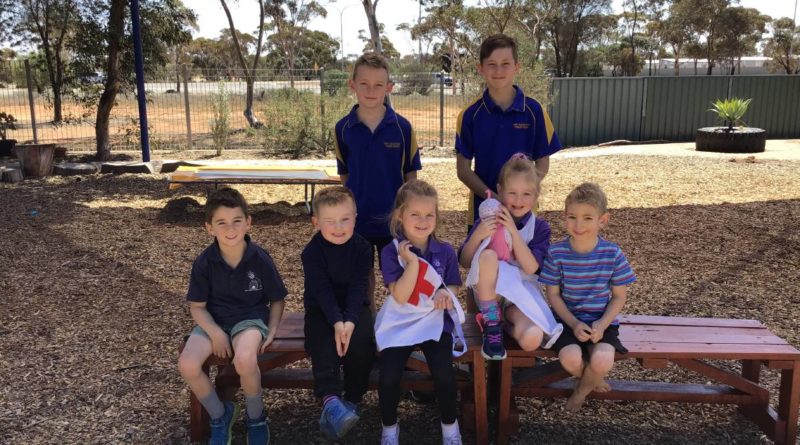 Port August West Primary School students have continued a tradition at their school by making and donating two wooden benches for a nearby preschool. Two students, Ryan Harding and Nate Harrison, were involved in the process.

The students made and varnished the benches as part of a woodworking mentoring group which will be added to the preschool’s outdoor play space. “Getting to do woodwork was great. It was fun, good to do, it develops some skills as well – how to build,” Nate said. “I like doing stuff for other people,” Ryder added.

Previously, the Primary School has donated nesting boxes, a bird feeder and a painting smock hanger to the Pre-school. “The time and effort the school children have put into their project is amazing, on behalf of all of the children and staff thank you very much.” Said Kindergarten director Natalie Dukarich.