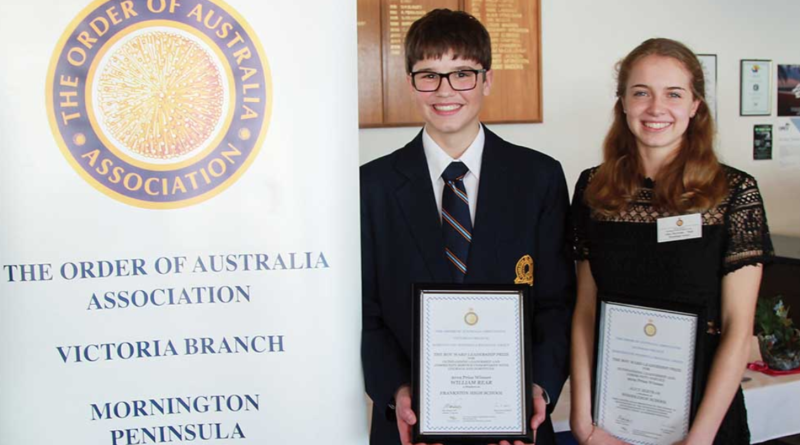 Woodleigh School Year 12 student leader Alice Bertram has been recognised with an award by The Order of Australia Association for her, “exceptional leadership and community service”. She has been involved with a wide variety of student-led initiatives at school as well as becoming a qualified firefighter for her local Country Fire Authority (CFA).

In Year 10 Alice was selected to travel with a group of students to study rainforests and reefs and more recently has been involved in several programs raising awareness for endangered animals through the Melbourne Zoo. She is also the captain of the school’s swim team.

Woodleigh Principal Jonathan Walter said it was an appropriate recognition of, “Alice’s fine contributions over her years as a senior student at Woodleigh School.”