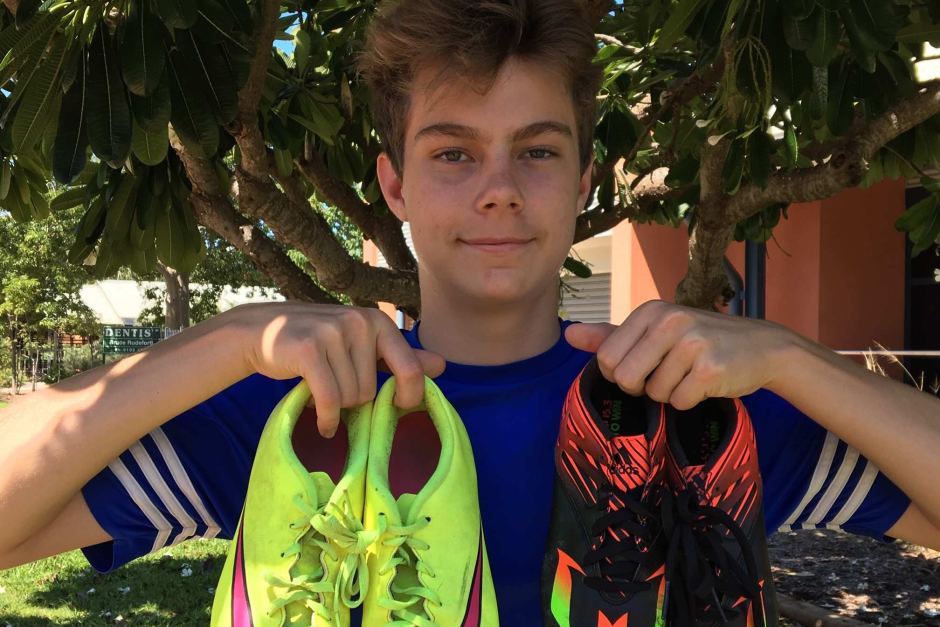 Max Beadle is just 14-years old, from Broome in Western Australia. This year, Max moved to Melbourne to study at Caufield Grammar. The first thing he noticed when playing footy – all the players had boots.

Max grew up playing for Cable Beach, where not all players had footy boots. Max decided to make a difference, setting up boxes around Melbourne for players to donate footy boots.

Already, Max has collected 222 pairs of footy boots to donate to the Bidyadanga Aboriginal Community. He recently travelled to Bidyadanga to give the boots to the community

Watch a short video produced by the ABC on Facebook HERE.

Photos: as appeared on ABC