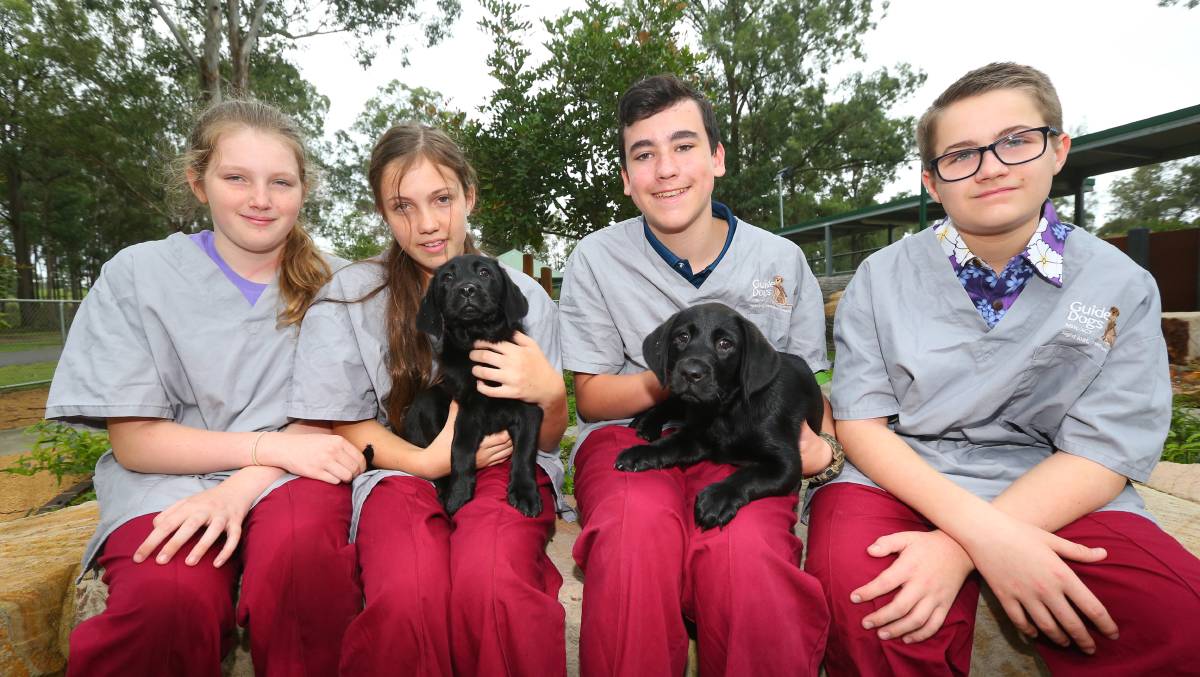 Ben Miller is a year 8  students at Kuyper Christian School. He was one of many students who visited the  Guide Dogs Centre in Glossodia last term as part of the ‘Positive Paws Project’. Ben and his peers visited the guide dog pups once a week to help with their initial training.

As a result of these visits, Ben wanted to do something further to help the cause. He decided to raise some money and he enlisted the help of fellow students Jackson, Mikayla, and Caitlan.

By selling Zooper Doopers at lunch time on two concesutive Thursdays they raised $200 to be donated directly to the Guide Dogs at Glossodia.

To read the full original article in the Hawkesbury Gazette CLICK HERE.