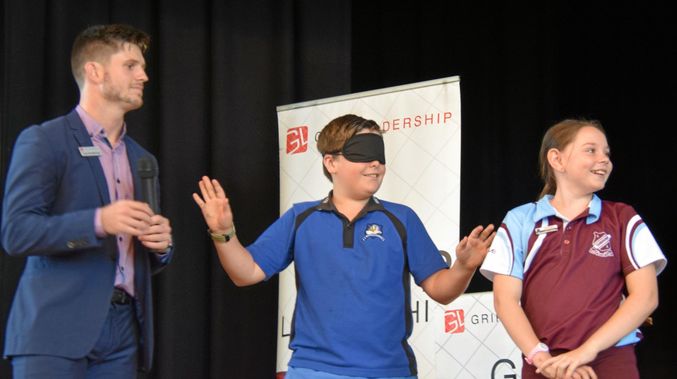 The ‘GRIP Student Leadership Conference’ is an annual event in more than 70 cities across Australia and New Zealand. The 2019 conferences have just begun, with the first event of the year being held in the town of Kingaroy in Queensland’s South Burnett region.

Over 200 primary students gathered from over 20 schools, and participated in the 2019 program, which focused on a theme called “The People Pathway”.

“Leadership is about people, not position or power” said presenter Ronan McGinniss in the introduction to the day. As the day progressed, students heard a number of ideas to practically and positively influence the people around them in their school and the broader community.

To read the full article in the South Burnett Times CLICK HERE.