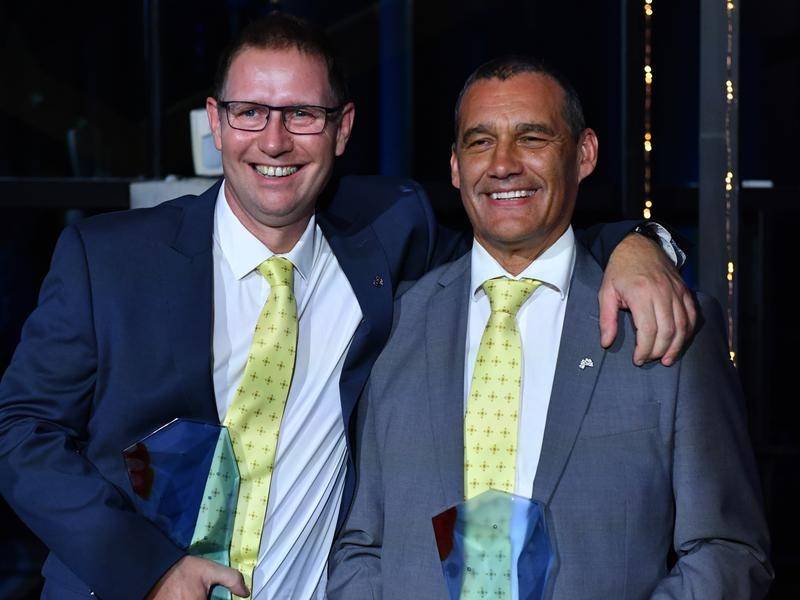 Richard Harris and Craig Challen are the two cave divers who helped in the dramatic rescue of twelve boys and their football coach from a flooded cave in Thailand. They have been jointly named 2019 Australian of the Year.

The story of the successful cave rescue is extremely unique, but we have identified 5 lessons that student leaders can learn from the achievement of these two worthy Australians of the Year.

Harris and Challen accomplished something amazing without having to give speeches, without trying to be popular and without asking everybody to take notice. The award committee stated that “The pair have remained humble about their role in the rescue, but have been embraced proudly by Australians as quiet heroes whose efforts are admired and applauded.” Too often student leaders think that leadership is only demonstrated with grand speeches and scoring votes. Harris and Challen prove that this isn’t needed.

Harris and Challen can justifiably be described as heroes, but they didn’t win the award because the rescue mission was successful. The statement issued by the award committee declared that the pair were actually declared Australian of the Year for “unwavering and selfless bravery”. Bravery is part of character. Bravery also comes before the accomplishment can even be attempted. Student leaders often want to achieve something heroic, perhaps a successful event or initiate a change, but we are reminded that character is always the first step.

Harris and Challen would never have known that they were about to be contacted to assist in a life-saving mission. They probably never expected that their skills could be so important. Sometimes a leader’s greatest accomplishment doesn’t come from well laid plans, but from being ready to respond when an opportunity arises. Harris and Challen were not ‘rescue divers’… they were people who took their diving hobby to a new level. This certainly proves that people can make an amazing leadership contribution without them having an official position.

It would have been understandable if Harris and Challen had said ‘no’ when they were approached to assist. They weren’t part of the military or the police force, and they probably had their own plans and activities scheduled. But they said yes, even though they knew they were facing an uncertain situation. Dr Challen believes the rescue effort was a metaphor for seizing opportunities in life. “Australia is a place that presents us with so many opportunities. It’s up to all of us to step up and take it, give it a go,” he said.

As well as being divers, both are also doctors. Harris is an anaesthetist and Challen is a vet. Both of them know how to work in high pressure situations. Challen also set an Australasian record by diving to 221m depth in a river cave in New Zealand. For student leaders, this means building up skills and being committed to learning, knowing that the expertise gained is just as important as personal drive and enthusiasm.

Student Leadership News is a website and media platform dedicated entirely to providing ideas and inspiration to student leaders, and teachers who work with student leaders. Everything is free. You can subscribe to articles, a fortnightly podcast, and a quarterly eMagazine. To subscribe CLICK HERE.