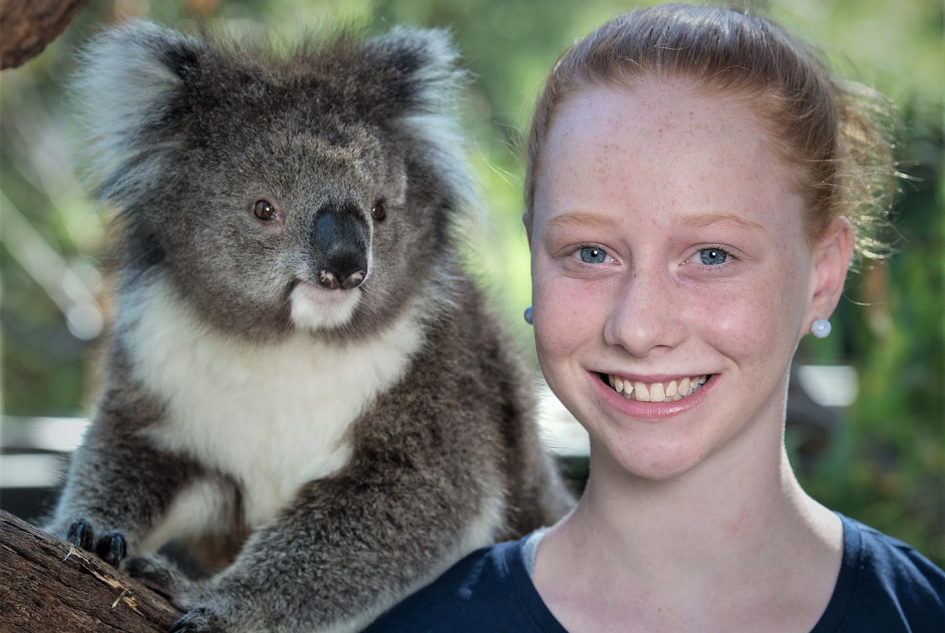 Since 2016, 13-year-old Libby has been passionately advocating and raising money for Australian koalas after learning they are due to be extinct in QLD and NSW by 2050! Her journey began after watching an episode of The Living Room where Dr Chris Brown spoke about the dwindling numbers of koalas.

Libby has contributed to a number of great causes over the past two years such as the Adelaide Koala & Wildlife Hospital, for Janet Murray – a Koala Rescuer/Carer from MacArthur Vic, AUSTRALIA ZOO Wildlife Warriors and the Australian Koala Foundation. These are just 4 examples of valuable contributions made by Libby, in fact as of the 20th of November 2018 she has raised $14,581.15 for a wide range of causes.

As well as raising money, Libby presents conservation talks to school, youth or other local groups. Libby says, “I LOVE talking to other kids about what I do. I share what I have done and hopefully inspire them to do what they can to help save our wildlife.”

In January 2018, Libby received a Pride of Australia award from News Corporation Australia for her Koala Conservation & Wildlife Work. On Libby’s website she shares many ways people can contribute and be involved, and it goes beyond just making financial donations.

To find out more about Libby’s crusade, head to her website HERE .