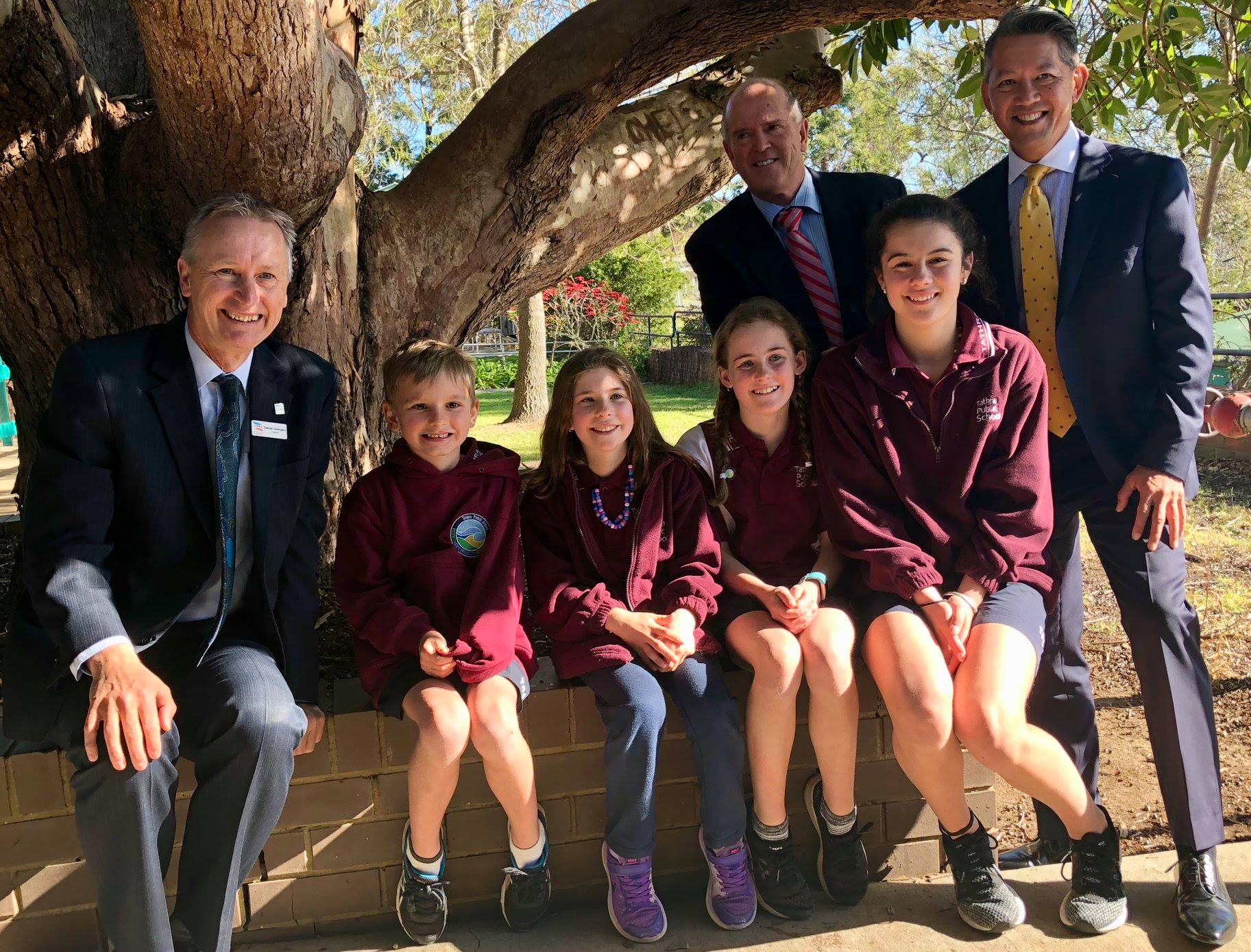 In March 2018 the south coast of NSW was significantly affected by a bushfire that ravaged the region. This included the small town of Tathra, whose recovery efforts received a boost this week.

Tathra Public School was presented with $30,738.33 by SchoolAid Trust, who raised the funds through it’s network of schools and numerous private donors.

“Tathra Public School Principal, Lisa Freedman, has been a tower of strength and leadership in this community” said Sean Gordon, CEO of SchoolAid Trust. “She has lifted the spirits of the many (including her own family and neighbours) who lost so much in the fires.”

Some of the students have plans to write a book about their experience of this significant event in the life of their school and community.

Plans for using the funds include a special outdoor learning space, after the loss of school gardens and some 120 shade trees.

Representatives of SchoolAid travelled personally to Tathra to present the donation, with the organisation being founded in the region back in 1999. Tathra Public School were original donors for the very first SchoolAid appeal, when the school based charity was formed.

SchoolAid is Australia’s first crowdfunding platform for kids. The not-for-profit organisation was established to harness the collective giving power of young people. Since 1999, over 5,000 schools have contributed to over 20 campaigns, raising a grand total of over $4 million that SchoolAid has granted to worthy causes.