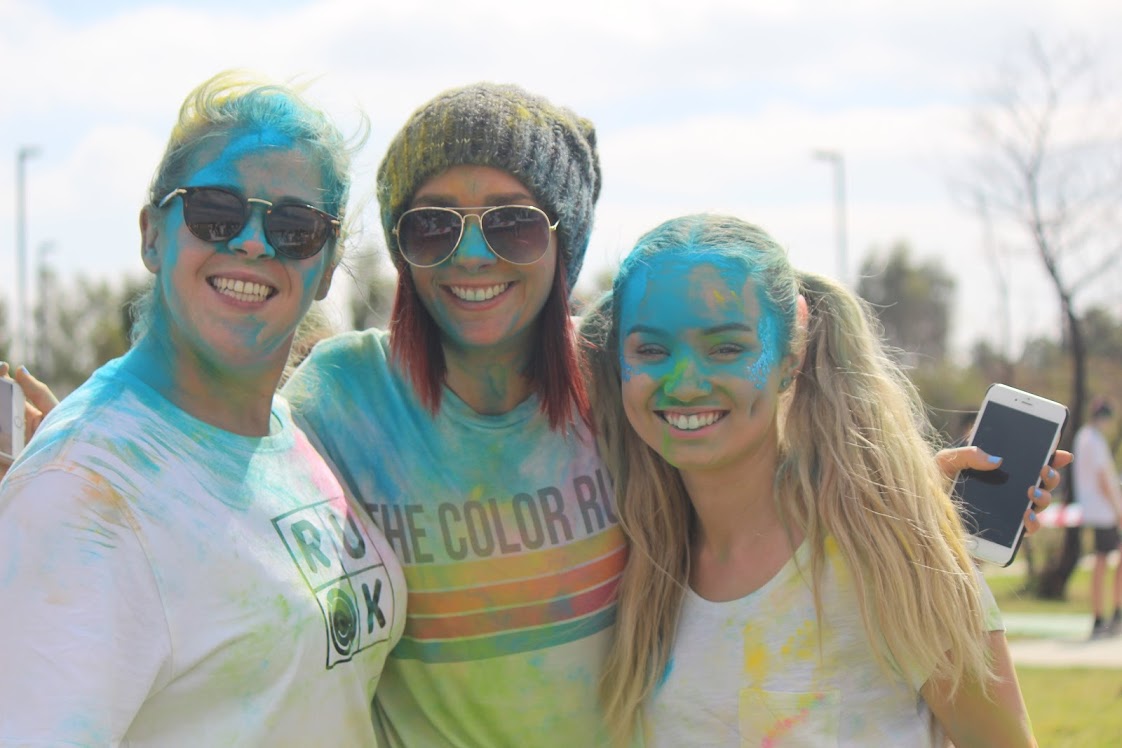 On the last day of term one Alkira Secondary College held the annual cross country event, but this year there was a twist. The student leaders noticed that in past years participation numbers had dropped, so they began discussing strategies to include more students in the event.

“We knew we had people who love to run and others who aren’t big fans of running” said Teisha Walker, one of the College Captains. “We asked a few students what they would like to see at this year’s cross country. We then come up with the idea of a colour run and carnival rides.”

The colour run concept is becoming increasingly popular, with runners being covered in powdered paint as they pass through various sections of the running course. “We ran the colour run by year levels like we would for a normal cross country and we had staff members and students helping throw the colour at stations around the track” Teisha explained. “We also got in a few carnival rides to set up before the colour run. We had a zorb soccer game, inflatable races, slides a petting zoo and last but not least a dunk the teacher tank! We also had the Performing Arts Team provide music for the day. We had the Arts Department doing face painting! We also had fairy floss which was a massive hit.” So how did this improve the overall event? Teisha was able to report that “We had the best attendance we have ever had at a cross country.  It was such an awesome day”.

Alkira organised for a drone to film the event. See below: