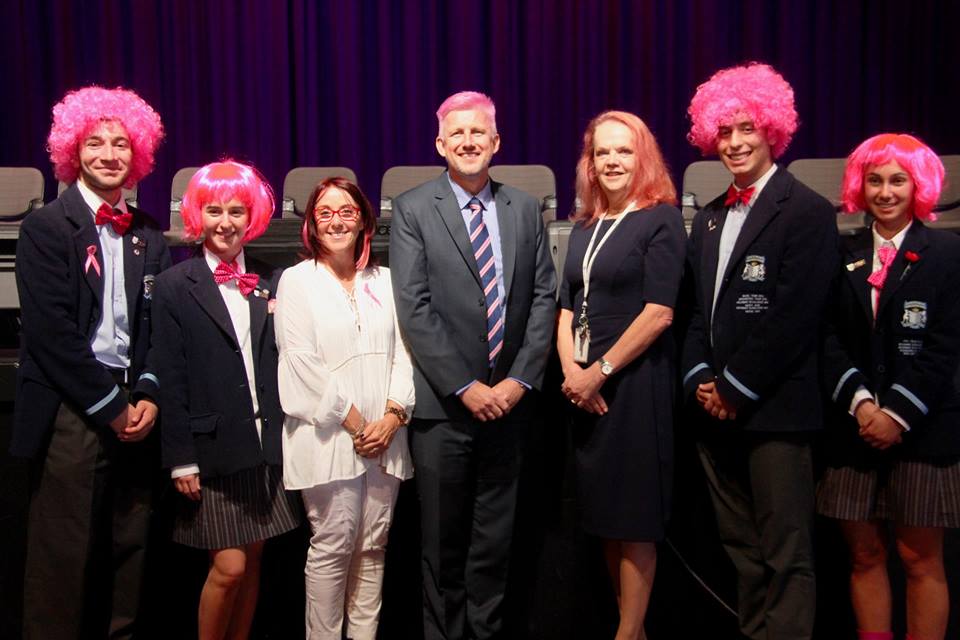 A team of student leaders from Moriah College, in the Sydney suburb of Queens Park, have been selected as the most outstanding secondary student leadership team in Australia.

The ATLAS award (which stands for Australia’s Team Leadership Award for Students) is awarded annually to a group of students who accomplish something significant which they would not have been able to achieve as  individuals.

The ATLAS award process is facilitated by Halogen Australia, in conjunction with CPA Australia who are the major award sponsor. All secondary schools are eligible to nominate teams of students from their school, and this year submissions were once again received from schools all over Australia.

This year’s judges included academics Dr Susan Carland and Dr Alan Duffy, SBS television’s Julie Nimmo, founder of ‘Thankyou’ Daniel Flynn and CPA Australia executive Robert Thomason. Whilst the judges had positive comments about all nominations, they were unanimous is putting the students from Moriah College forward as the winning team.

The project coordinated by the Moriah students built upon the annual Pink Breakfast held at the school, which is attended by women in the community and usually raises approximately $15,000 to support  breast cancer research. This year a group of four student leaders held an additional campaign in the week leading up to the breakfast, which raised a separate $16,444 for the important cause.

The additional fundraising was based on the students motivating their peers to sponsor their school Principal and other senior staff to die their hair pink for a special assembly. The assembly was carefully planned so that those affected by breast cancer could share their story. Jonella Gluckman, Head of Student Life at Moriah College, nominated the students and highlighted their impressive strategy. The team brought much hype and excitement to the project, especially on social media, whilst ensuring everyone understood the seriousness of the overall cause.

” The use of social media, and tracking of user engagement elevated this project to one of the most impressive I had seen yet,” said judge Dr Alan Duffy.

Dr Susan Carland said “I felt I went on an emotional rollercoaster reading the description. What an amazing effort that managed to be both very personal, but also wide-reaching. This group has clearly set the bar very high for future students.”