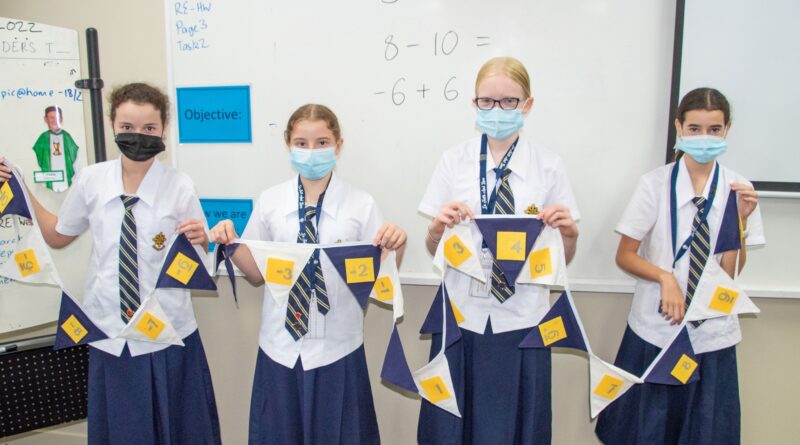 The environmental group at Mt St Michaels College have come up with a clever idea to start a uniform drive in their school. They saw that girls at the college would throw out their old uniforms, so rather the sending them to landfill the environmental group thought that they could upcycle them.

The leaders advertised their vision and placed donation boxes around the school for girls to put their old uniforms in. After their outstanding success they came together to come up with a creative idea to upcycle them.

The landfill destined uniforms were then turned into a number line for the maths department (as seen in the picture). The grade 7’s and 8’s maths classes were invited to use it, getting hands on learning integers and fractions.