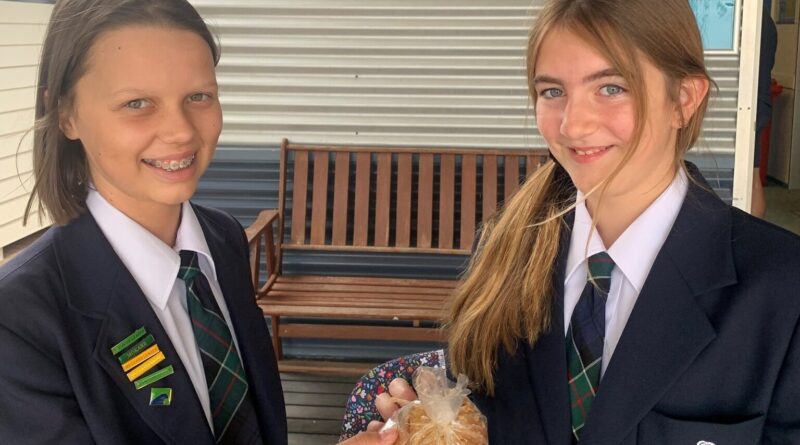 Over the past week the middle school leaders at Great Southern Grammar responded quickly after a family from their school community had been affected by the recent Denmark fire. The fire spread throughout the region burning through 65,000ha of land causing thousands to evacuate and 5 family’s to find new homes.

The team quickly came up with an idea to bake and sell biscuits, to raise funds to support the family in their community. After they were baked, they nicely wrapped, as pictured.

Over the week the students spent hours baking chocolate chip cookies and ANZAC biscuits, both at home and at school. Later that week they opened up their bake sale store and ended up selling 600 biscuits which raised just over $600 for the family.