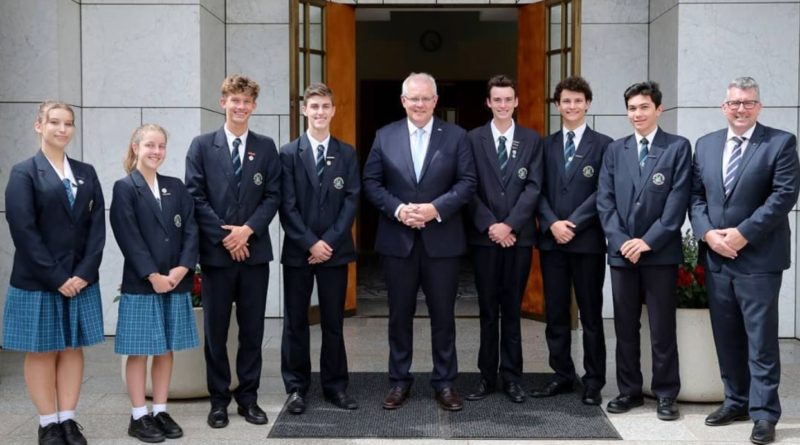 Bundaberg Christian College student leaders, along with other school’s leaders, were in Canberra as part of the Compass Student Leaders Conference last week. They had planned to meet local minister and member Keith Pitt but were excited when the opportunity came to meet with Prime Minister Scott Morrison.

Head of Middle and Senior School Cameron Ivers said, “They were excited and considered it a real privilege for him to take time out of his schedule to speak with them.” Discussions centred around post-school ambitions as well as what their trip to Canberra had involved.

“Scott Morrison asked all of us what occupation we wanted to do after school, the roles we have at our school at the moment and what we thought of question time,” Student Ethan Devlin said who admitted to being nervous when he first found out about the meeting.