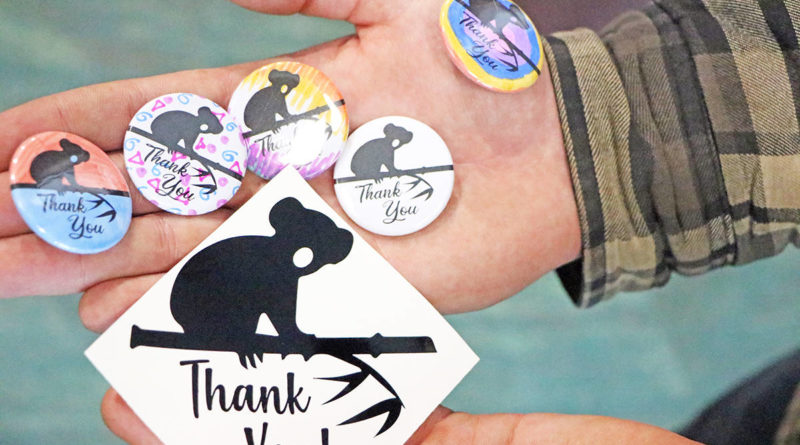 Lake City Secondary School student leaders have organised a wildfire relief fundraiser. The campaign is taking place from the 13th of January to 17th of January and involves selling buttons and pins designed and created by students.

Grade 12 student leader AJ Snider came up with the idea after a discussion during a student leadership meeting. She said, “With the 2017 wildfires, Australia actually sent firefighters to Canada to help with that and so I like to think we should really thank them really hard. They helped us out a lot with that.”

After collecting the funds via school lunchtime sales and stalls in local retail stores the school has agreed to assist Snider in donating the money to a relevant charity in Australia.