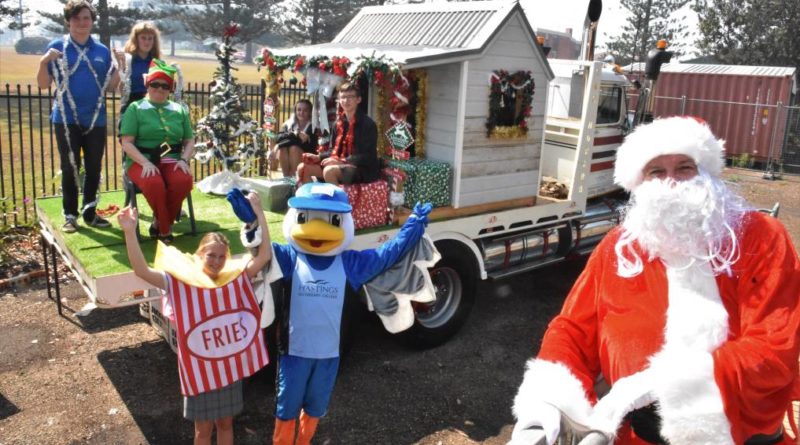 Students from the Hastings Valley Community of Schools (HVCS) worked together to put together a float for their region’s annual Christmas Parade which took place on November 28, 2020. The float was built by woodwork students and placed on the back of a truck.

The parade would usually involve a fireworks display but was cancelled this year due to safety concerns – the funds for the fireworks were instead donated to firefighters.

“I think it’s cool that the cost (sponsorship) of the fireworks is being donated to firefighters,” said student Jazmin Bell from Hastings Secondary College, “Just to look at what the firefighters have been going through, you’ve just got to help out any way you can.”