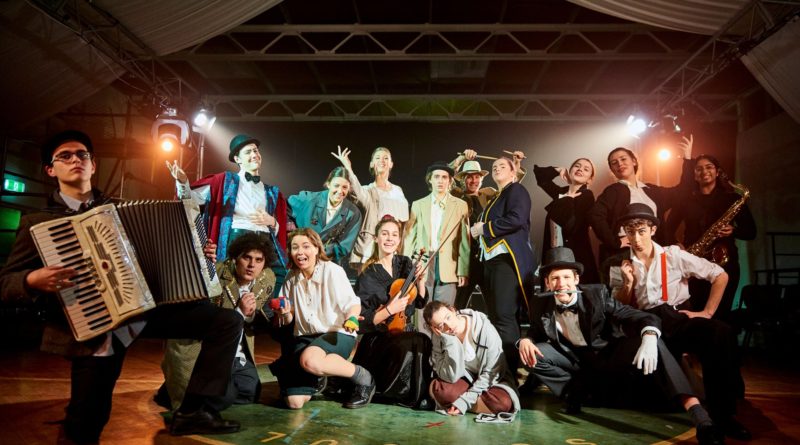 Peninsula Grammar music and drama students have raised funds through an original performance entitled “The Arrival Revisited”. All proceeds from the student-led production performed over two nights were donated to the Asylum Seeker Resource Centre (ASRC).

The students shared with their community that by contributing to their effort they were enabling the ASRC to provide safe housing, food and grocery items, medication and legal consultation for persons seeking asylum.

The students wrote the production based on Shaun Tan’s book “The Arrival” and included music that they had composed themselves. The show had been described to tell, “the story of a migrant seeking a better life in an unknown country.”

The event, which included more than sixteen students to plan and perform, was described as, “A night of theatre music and market atmosphere.”

It was performed in a form known as “comedy of the arts” and included multiple sets with some of the performance requiring audience members to move outside.

The students supported ASRC as, “Australia’s largest independent provider of aid and advocacy for those seeking a chance to rebuild their lives in safety.”