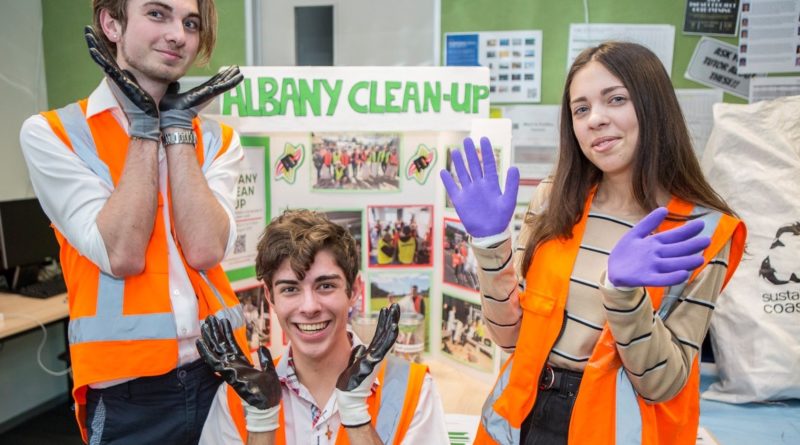 Four students from Albany Senior High School have organised an “Albany Clean Up” project. The students led a team of thirty volunteers on the project which cleaned up multiple sites in the local area.

The project had started after Toby had received a text from one of his friends saying that, “Coral reefs are dying,” which he says inspired him to start the Clean Up team.

“It took us 4 weeks to put it together. A lot of work and it’s already paid off,” Toby, one of the student leaders on the project explained. “I like to imagine that it could be an ongoing project.”

The students also organised refreshments for the volunteers who collected approximately 550 litres of rubbish during the day.

The grade-12 students organised the event as one of several “Impact Projects” which are taking place at their school.

The Principal also described the event as an example of students, “Seeing a need and making a real difference to the community.”

Toby encouraged people to, “Be wise about how you get rid of your rubbish.” Also describing the importance of people realising that they really can make a difference through their own actions.