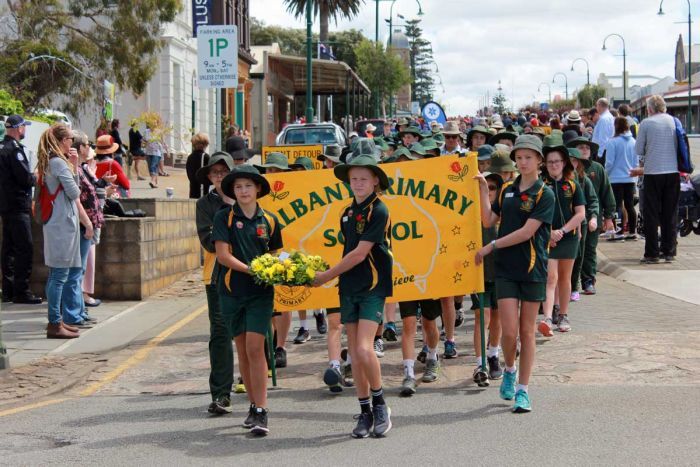 November 11th is marked by many poeple, being the anniversary of the end of World War I. In the town of Albany, Western Australia, it holds extra significance because the city was the point of departure for the first Anzac fleet in 1914.

This year, rather than having the annual ceremonies in school halls, students from across the region have taken this year’s commemoration to anothetr level.

Over 2,000 children from schools in Albany and its surrounds marched down the centre of town on Thursday before coordinating and presenting their own ceremony in front of hundreds of guests.