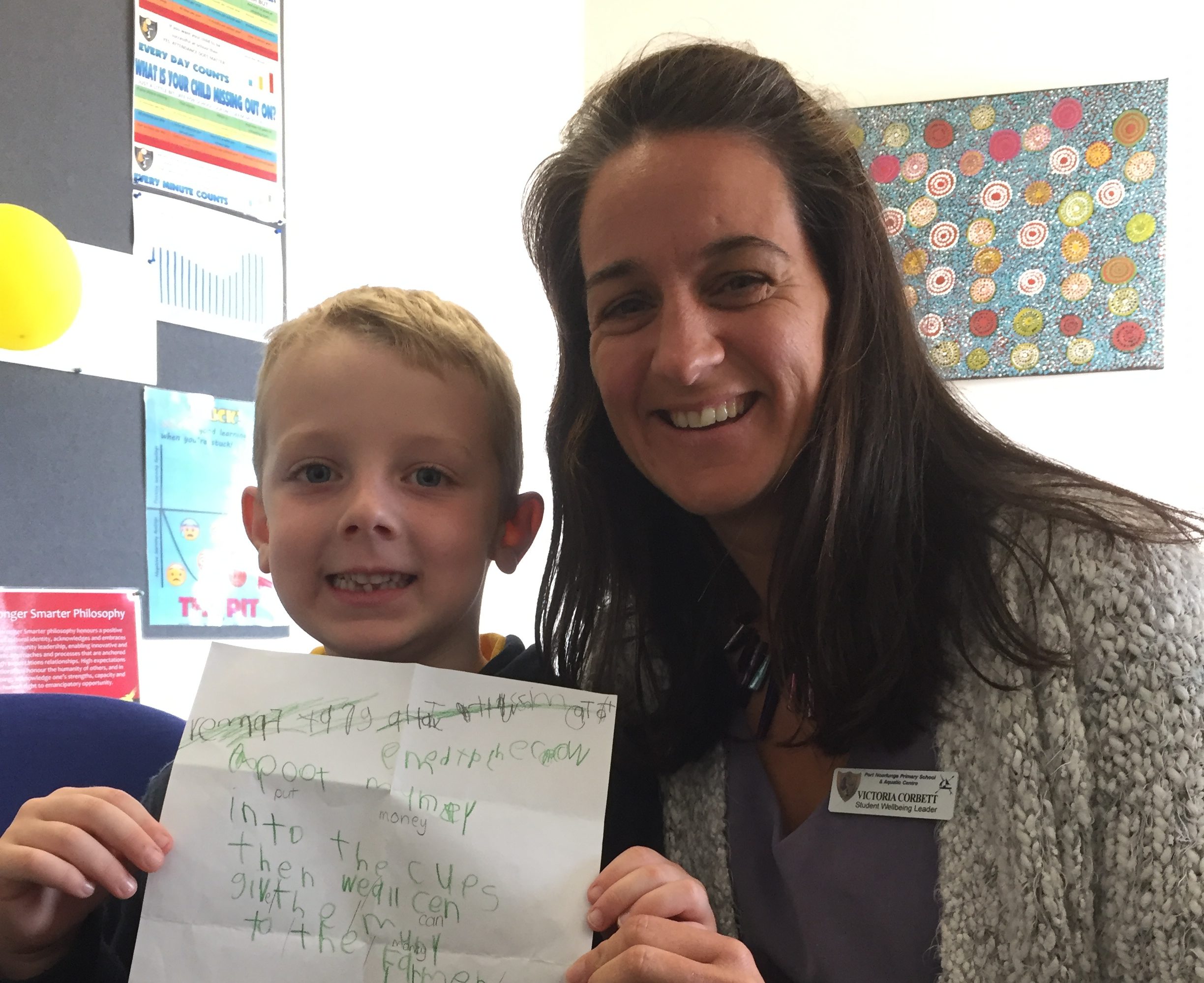 Cooper Lines is a reception student at Port Noarlunga Primary School. In South Australia, this means that he hasn’t even started year one yet.

After hearing about the Australian drought on the news, and the plight of the farmers, Cooper wanted to make a difference. He wrote to the Principal asking if he could put a pot in every classroom so students could donate money. With the help of the Student Wellbeing Leader, Cooper visited every class and personally spoke about how everybody could make a difference. A week later, Cooper revisited the classes to collect the pots and, with the help of a big buddy, counted the money.

In total, $380 was collected, and many school families chose to make generous donations straight to the campaign website.

“Cooper was thrilled with the generosity of everyone but we were humbled by how such a young man could show such compassion at such a young age and really make a difference” said Victoria Corbett, the school Student Wellbeing Leader.

“Cooper’s old child care centre have also heard of his endeavour and have started a fundraising campaign for the farmers because of him too” Victoria added.

Others wanting to make donations, or create their own school based campaign, are encouraged to use the School Aid Trust platform. The direct link to the current campaign is HERE.