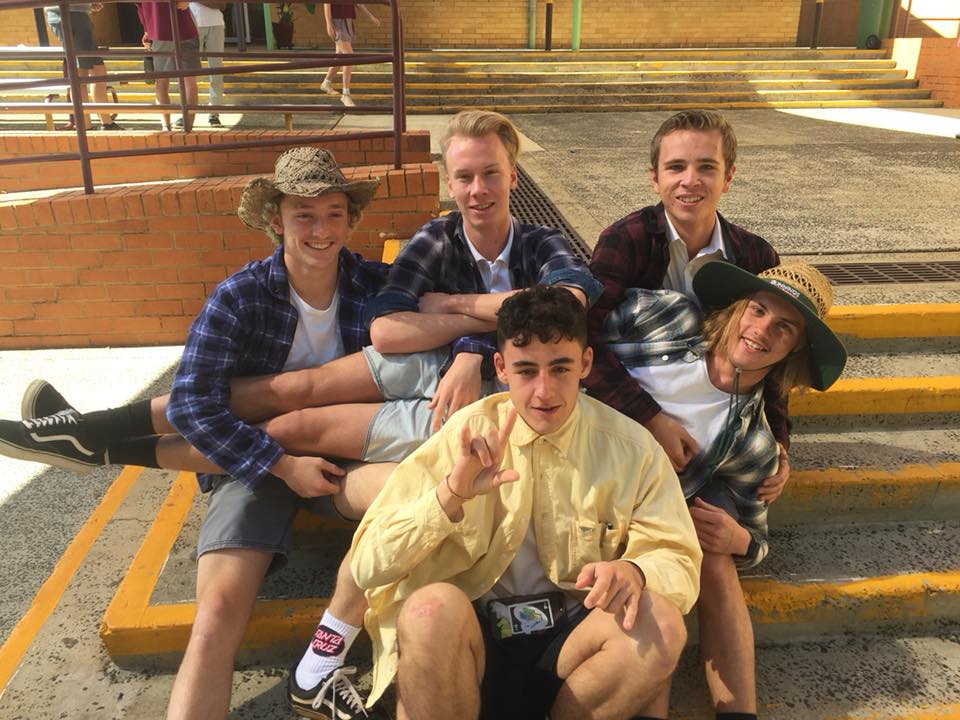 Students and staff at Alstonville High School declared Thursday 16th August as Farmer Day, and raised money for the drought-stricken farmers of Australia.

As part of the day, students wore farmer clothes and accessories. The culmination of the day was a GIANT game of musical chairs was played in the school gymnasium, especially themed around farms and farmers. Watch the video link below to see the giant musical chairs in action (won by Year 7 student, Josh Young).

The $345 raised will go to the ‘Buy a Bale’ charity, and the SRC students who organised the event were certain that a fantastic day was had by all.

To watch the video of the giant musical chairs CLICK HERE.