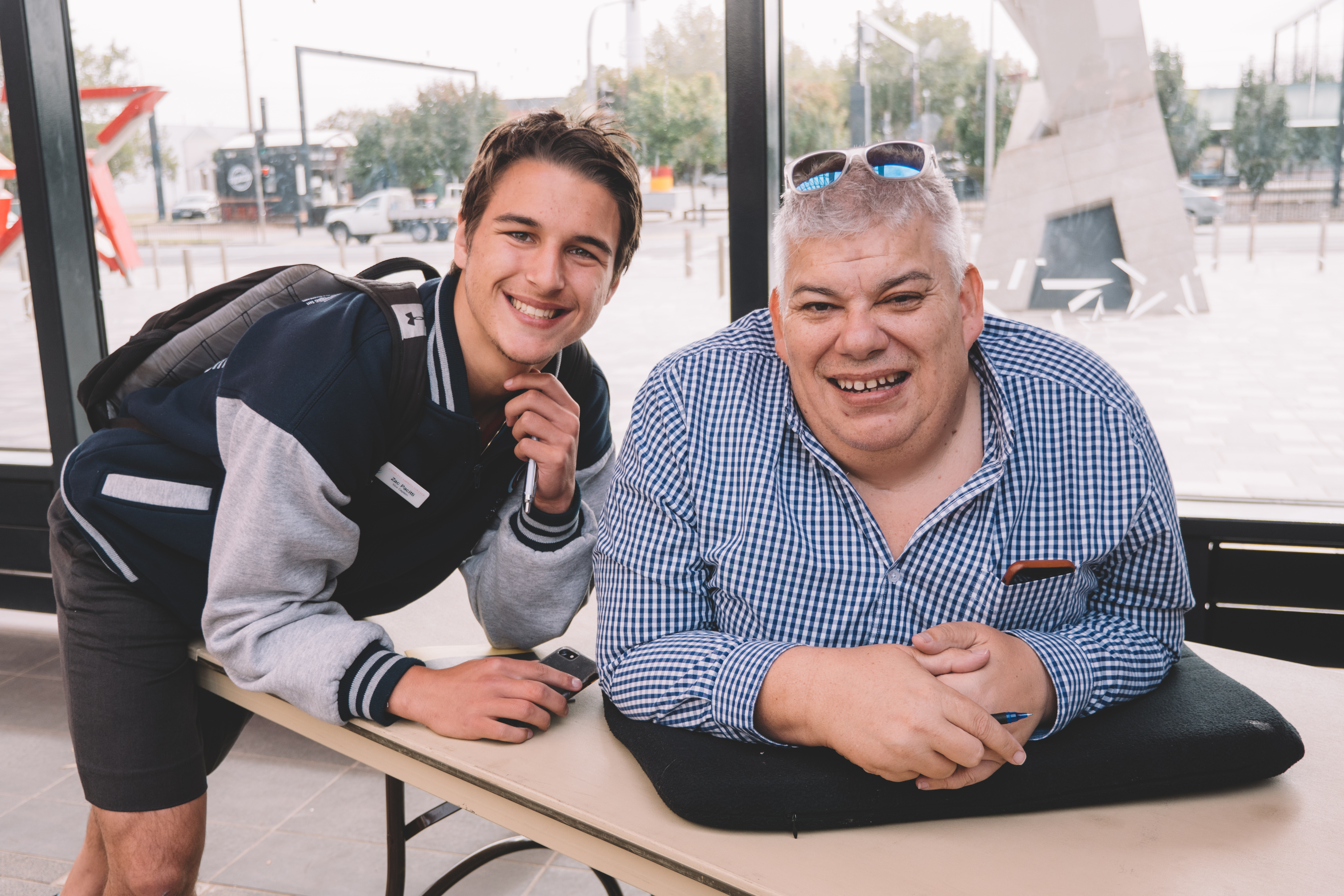 John Coutis is a remarkable Australian who was born with a severe physical disability in which doctors gave him little chance of survival. John has not only defied medical opinion, he has thrived and is acknowledged as one of the world’s most inspirational speakers.

Tens of thousands of students are about to hear John’s story, as he embarks on a national tour speaking in Australian schools. The tour will take John to both primary and secondary schools across five states, including a huge number of regional schools.

Without the lower part of his body, John embraces a full and positive life. He rolls around on his custom skateboard and uses humour to communicate some of life’s most important lessons including resilience, motivation, inclusion and goal setting.

In his normal humorous fashion John says “the excitement that is filling my half a body is almost overflowing & I can’t wait to get on the road.”

“Being able to inspire, motivate & challenge the future of our country is something very special & I love that I’m sharing my life with others.”

Some spaces still remain in the schedule for schools who are interested in having John visit. To find out more email speakers@halogen.org.au