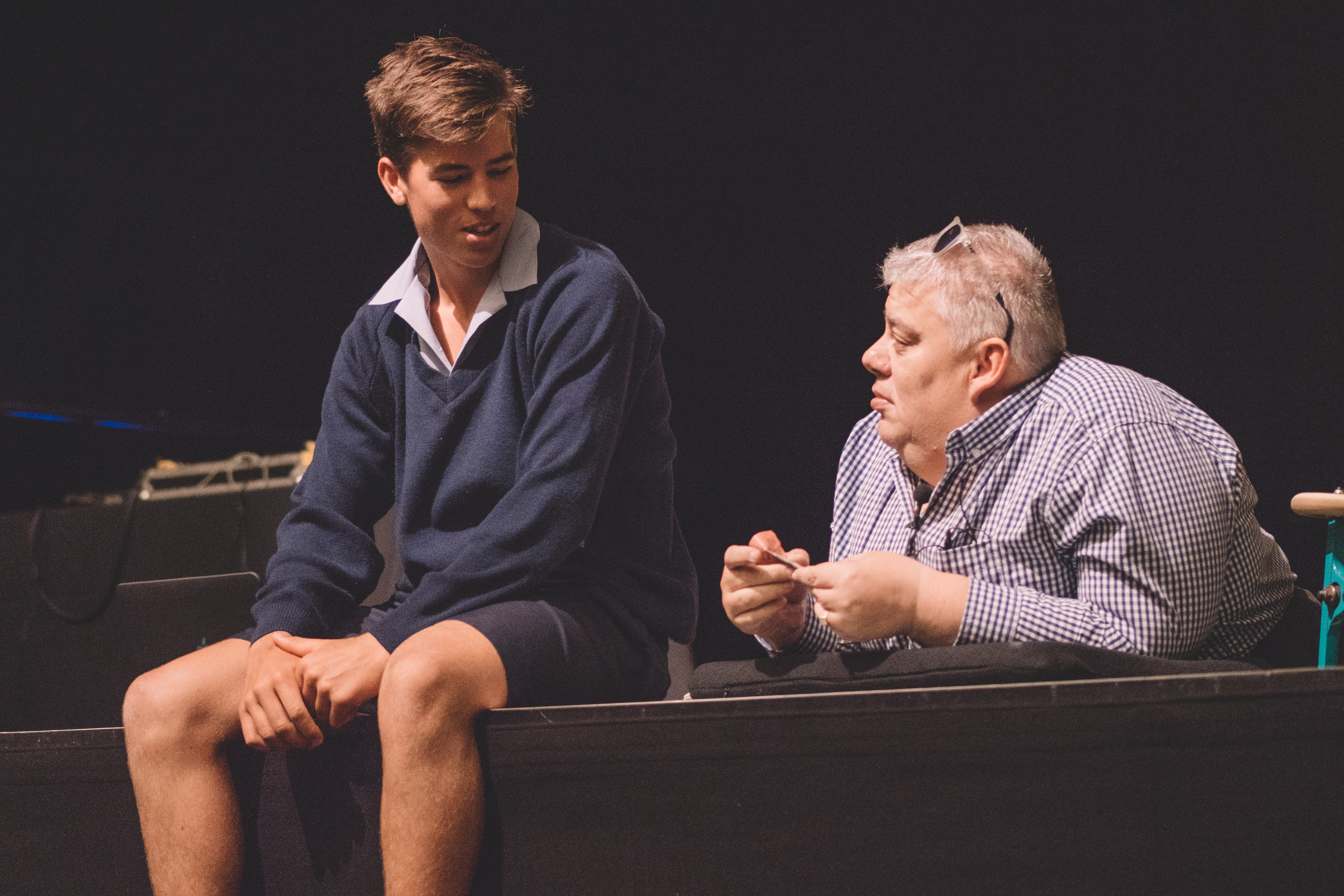 Whilst Halogen are in full swing preparing for the next round of the National Young Leaders Day (late 2018 – early 2019) we are taking a look back at the events from the beginning of 2018. It’s true, a picture can tell 1000 words… and here are the top 10 photos from NYLD (in no particular order).

1. The MC, Gemma Knight, dominating the silent disco at lunchtime.

It’s pretty easy to spot her… middle of the circle, sweet moves, and a matching facial expression. 2. The real 2 meter crocodile on stage.

This is Josh from Reptile Encounters… and yes that’s a real crocodile which was part of the pre-show entertainment at NYLD in Melbourne. Josh has a pretty tight hold on the croc, for obvious reasons. 3. Meet Maverick… whose name matches his facial expression in this photo.

The 13 year old budding philanthropist was invited to share his story in front of 4000 students at NYLD in Brisbane. It would be understandable if he was nervous… does he look like it??!! Thousands gathered to hear him talk about his amazing journey, but the crowd convinced him to sing a quick ballad. 5. A serious moment with John Coutis.

This photo was from NYLD Adelaide. Whilst John Coutis was perhaps the most humorous of the speakers, this serious moment was captured close up. After speaking at NYLD Melbourne, and even making a $50 note disappear, he just couldn’t seem to get this big crowd of admirers to disappear. We love that this photos shows the excitement of thousands of students having the opportunity to get up close to inspirational leaders.

7. The joy of asking a question.

We don’t know what the question is, but this photo captures the excitement of being able to ask a question to an Australian leader. After speaking at NYLD Adelaide, Jules threw on the headphones at the ‘Party Higher’ silent disco. There is much speculation with this photo that a song may have been playing by her husband Guy Sebastian. 9. The faces of young leaders.

Every face in this photo has a slightly different expression, but all of them seem to be looking on with excitement and absorbing every moment of NYLD Sydney. 10. Such maturity and respect.

As this primary school leader presents John Coutis with a thank you gift on stage, he crouches down to the same height as John, locks eyes, and gives a sincere handshake. It’s probably something he has never done before, but he nailed it. For more information about the next National Young Leaders Days around Australia visit: halogen.org.au